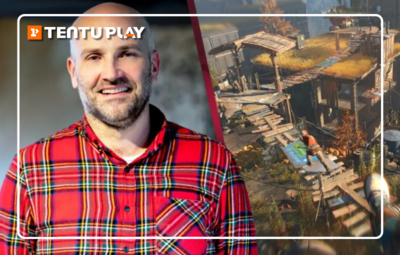 Who is Tymon Smektala? He is a Ph.D. in Economics, Musician, Writers, and Game Designer. Dying Light and Dying Light 2 are among his notable recent works There. His Devcom German talk 2022 covered 10 lessons he learned from his time as a game designer, that he believes make him great at what he does now.

Often, game designers think they are designing cool features, complex systems, and intricate game mechanics when in reality they should be designing player behavior. In the end, whatever cool, complex, or intricate game designer does or implements, it’s all supposed to encourage some kind of behavior in players. If game designers don’t have this kind of mindset, they need to practice it and this mindset becomes their “lockpick” to solving dealing problems, allowing them to stand out from other roles.

As Tymon concluded his talk, he reminded all game developers, especially designers, that the adventure of making games is unparalleled. But it is also complex, constantly putting obstacles and challenges in front of us, and when we set on this adventure there is no guarantee we will succeed in the end. The best thing that we do is to be humble and embrace it. Enjoy it when it all works and be ready to try again when it does not.

We at TentuPlay, also take pride in our work. We are working on our first strategy game to allow everyone to enjoy their time with their loved ones. In addition, the same idea applies to our internal team, where we take pride in what we do, working together in each of our respective fields of expertise to create our first-ever game. Despite having a variety of backgrounds, expertise, and even countries, we have managed to overcome any barriers by developing a universal system that everyone can understand to lose any friction and expedite any validation we require. A method that particularly caught the writer’s attention was when we needed to test our gameplay with PowerPoint. Such a simple method helped us confirm our hypothesis and improve the game. I am excited to see TentuPlay’s first-ever strategy game.