If you examine Chinese big tech firm Tencent’s 2020 profits, about ⅓ of it was from the gaming industry. As a large investment firm that invests heavily into the gaming industry, Tencent is the leading investor in the global gaming market. Last year, Tencent invested in 31 companies including Roblox (US), Marvelous Inc (Japan), Funcom (Norway), and Voodoo (France). In the first half of 2021, Tencent has announced over 62 investments or acquisitions, showing an acceleration of their investment strategy, which seems to be continuing into the second half of the year. 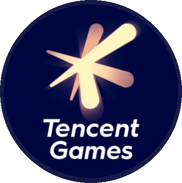 In this post, we hope to discuss the reason why Tencent is accelerating their game industry investment strategy.

Tencent’s fiercest competitor has been the Chinese tech firm ByteDance. ByteDance is famous for an mobile app where users can post short videos, called Douyin, better known internationally as TikTok.ByteDance, based off TikTok’s success and the large user base of TikTok, have turned their sight to the gaming industry. This is due to trying to create a monetization model of funneling their TikTok user base into their games, and generating profit through microtransactions and IAPs. Because of this profitization strategy, they have become increasingly more active in investing in the Chinese gaming industry, leading to an inevitable butting of heads with Tencent.

The clearest example came in April, when ByteDance and Tencent engaged in a bidding war over Moonton Holdings, the developer of Mobile Legends Bang Bang, one of the largest games in South East Asia. Before the bidding war between Tencent and ByteDance, Moonton Holdings was valued at 551 million USD. After the two companies decided to compete over acquisition of the company, ByteDance acquired Moonton for about 4 billion USD. An anonymous source told the South China Morning Post that Moonton accepting ByteDance’s offer was finalized after Moonton Holding had already signed a contract with Tencent.

Besides Moonton, ByteDance has invested in other developers such as C5 Games, CMGE Technology, Shanghai Yaoji Technology, Kaiser China Culture Co. Kaiser is the developer of Naruto: Slugfest, CMGE the developer of One Piece: The Voyage. Investing in these games based on pre-existing IPs with a pre-existing user base, ByteDance has been expanding its position within the gaming industry.

ByteDance isn’t the only large tech firm which is focusing on investing in the gaming industry that stands in Tencent’s continued dominance of the Chinese gaming market, Alibaba has also joined the fray for dominance. Alibaba founder Jack Ma famously said, once in 2008 and once again in 2010, that Alibaba would not look to invest in games, as this was during the era of the 1 child policy and Ma believed that when families can only have one child, said children getting addicted to games would be bad for the country. However, Alibaba started to invest in gaming from 2104, and in 2017 they acquired developer Ejoy and announced an Online Gaming branch.

In 2020, Alibaba developed and published “Romance of the Three Kingdoms: Strategy Edition”, which quickly rose as the 3rd most profitable game in China, following only Tencent’s two most profitable games, “Honor of the King” and “PUBG Mobile”. Based off this success, Alibaba has also been expanding its investments and position within the Chinese gaming industry.

It’s not just large tech firms like ByteDance or Alibaba that are threatening Tencent. Smaller developers and startups have released hit games which have overshadowed Tencent games.

Unlike previous years, where Tencent was able to maintain market dominance, the Chinese mobile game market has become a location of fierce competition. Because of this new competition, Tencent has accelerated its investment strategy. It will be interesting to keep an eye on whether Tencent can maintain its crown within this market.

Now that we have discussed the context surrounding Tencent’s new investment strategy, in our next post we will talk about how and where Tencent is investing. Please keep an eye out for our next post!