What does a startup CEO do? An extraordinary leader! 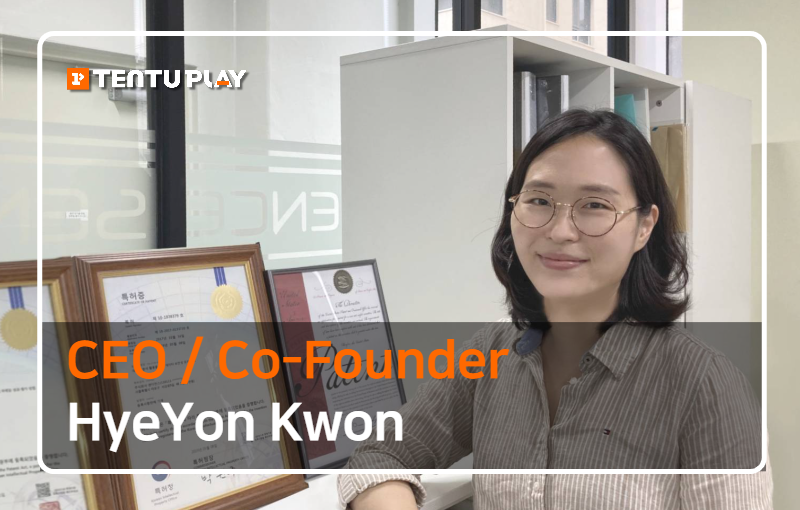 * The TentuPlay People series introduces the roles and responsibilities of the staff at TentuPlay (Sentience, Inc.). This time, we met the CEO Hyeyon Kwon!

In the last post, you heard from TentuPlay’s CEO. Hyeyon, the CEO and co-founder, oversees Sentience’s general business affairs and also performs data analysis research. Read on for more from Hyeyon.

Hi, I am Hyeyon, the CEO of Sentience. Founded in 2015, the company is comprised of economists and data analysts with a vision to address the world’s problems using data analysis. Our major product is TentuPlay, which analyzes user data to provide personalized gaming experiences.

The idea of addressing the world’s problems using data analysis was conceived during my internship at KAIST’s industrial engineering laboratory when I was in my senior year of university. At that time, I participated in a project that used data on the distribution of emergency patients for the effective assignment of emergency centers and helipads. It was fun and satisfying to experience the real-world value of what I had learned in the classroom. I wanted to gain more expertise in data analytics and decided to pursue a graduate degree in information economics. 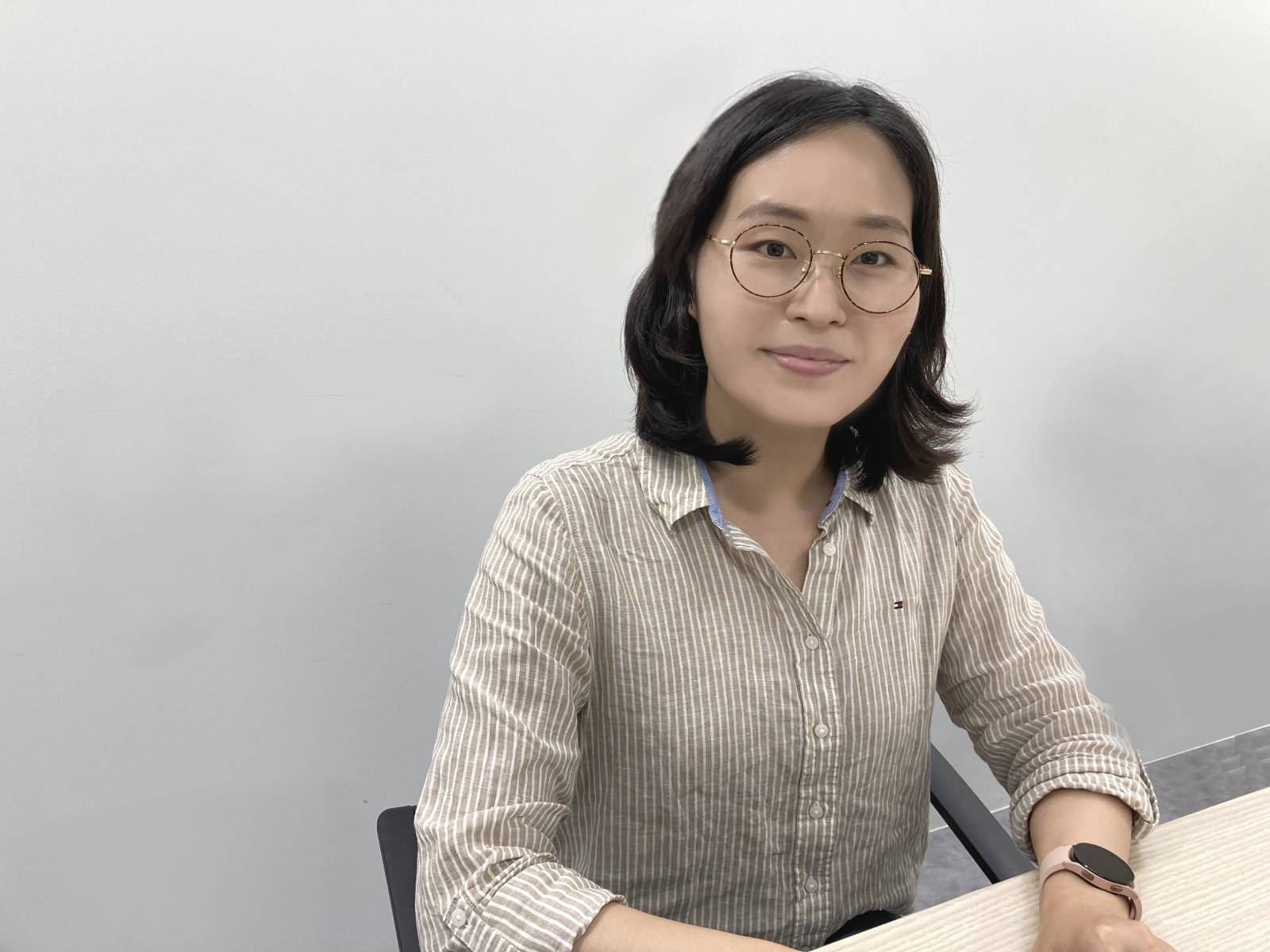 Upon graduating, I realized that there were not many companies for me to start a career in data analysis. I joined a consulting firm but ended up doing other work when the data team was dissolved. Driven by my passion for data analysis, I decided to quit and study abroad. While preparing for my overseas degree program, I participated in a research project with Asan Medical Center professors using hospital data.

If I were to join academia after earning my degree, it seemed like my models or algorithms would stop at being conference presentations. That’s when I met Sentience’s CTO Marcus, who was my senior in graduate school and a member of the same laboratory. He had taken a small exit after launching a startup and was preparing for his next business. I teamed up with Marcus in the hopes of conducting data analysis with real-world applications, taking me a step closer to fulfilling my dream of solving problems faced by humanity.

I interview various clients to get feedback, discover potential markets, and share my findings with Sentience’s executives and staff so that we can keep heading in the same direction. I also promote the company and its products by responding to interviews like this one (laughs).

Sentience’s vision is to create metaverse and games that can be enjoyed by anyone and to ensure that such services are respectful of users and the community. Our mission is to standardize game development and operations, which has led to the development of game tech, AI players, and TentuPlay. I believe our technical expertise is a key factor that attracted investors.

( Go to the Sentience Homepage ▶)

The company has pivoted several times since its establishment in 2015, but we have been consistent in delivering AI technology and data-based customized services. In fact, our services have improved over the years. We have accumulated experiences and technical know-how under a clear vision for the future.

We have a clearer vision than before, and more team members to work together with in pursuing our mission.

As mentioned earlier, we launched the company with a vision to overcome the world’s problems using data analysis. However, we were unclear about which problems to tackle, and what the market needs were. The company pivoted several times to define problems and find solutions accordingly.

After some trial and error, we are now capable of creating games that everyone will enjoy. We plan to support services that are respectful of users and the community. In other words, we are using data analysis and AI to address issues in game development and operations. Sentience is undergoing rapid growth thanks to its solid team, fully on board with the company’s vision, as well as accumulated technical expertise and know-how.

The Product Owner provides onboarding for new hires, and I organize a welcoming session to share Sentience’s vision and core values. I tell the new employees that they can say goodbye if they are not aligned with our core values: a sense of ownership, transparency, and willingness to embrace challenges (laughs). It is important to be open to learning and self-improvement, to admit your weaknesses and reach out to your colleagues for help, and to work towards the company’s vision.

To ensure that everyone is on track, we organize regular vision workshops, quarterly rock setting meetings (rocks are high-priority tasks based on the scenario of fitting rocks, gravel, sand and water in a cup), and retrospective meetings at the end of each quarter 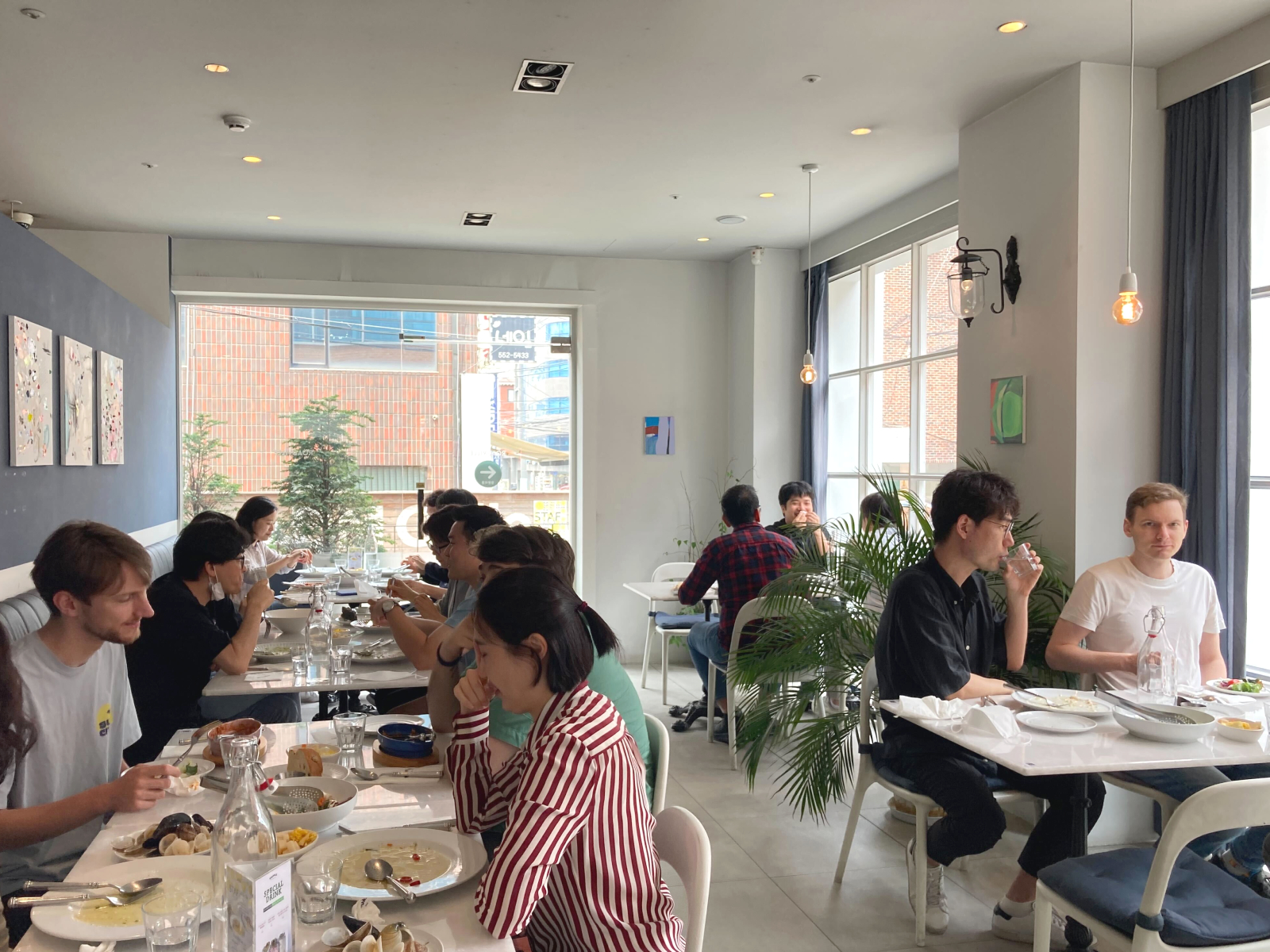 That doesn’t mean we’re all work and no play (laughs). Our regular spring outings were suspended due to COVID-19, but with the situation getting better, we managed to organize one this May. Every third Friday, we play board games to help strengthen bonds with colleagues of different nationalities. We also watch movies together once or twice a year. In 2021, we watched A Quiet Place II and The Matrix.

I would like new members to have the same professionalism and enthusiasm as the current team, which actively works on connecting the dots and enhancing its professional capacities. I have been especially impressed by how everyone looks out for others, showing consideration even in the smallest of tasks.

TentuPlay is a tool that analyzes users of various services, including games, to provide personalized experiences. For example, users will show different gameplay patterns even for the same game. The tool recommends dungeons with rare characters or in-app purchases for users who are interested in expanding their character collection. As for other services like e-commerce, it can be used to improve products by examining product life cycles based on user behavior. 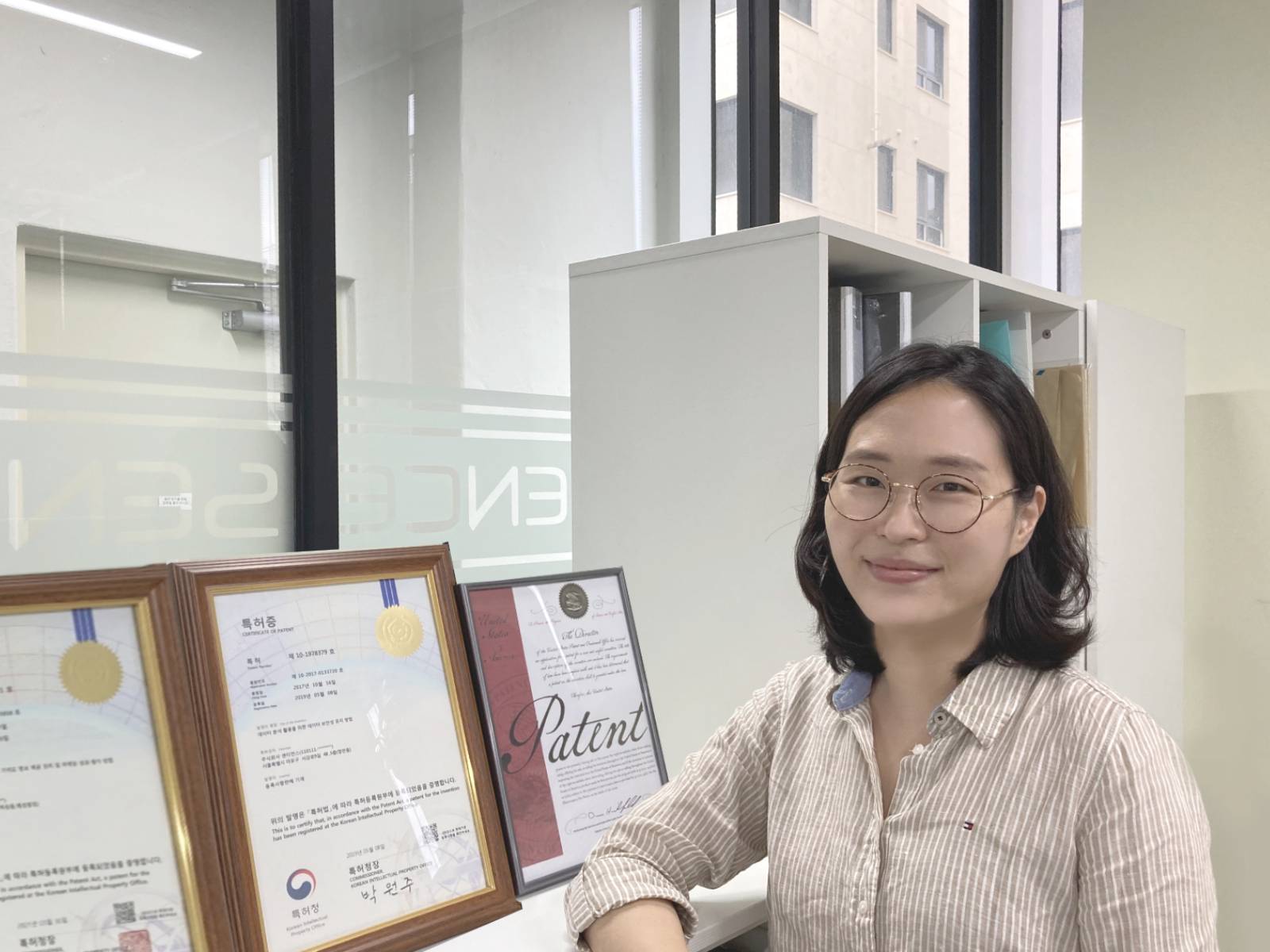 In recognition of its technical expertise, Sentience has been invited to present at overseas game developer conferences since 2019. We were the only Korea-based presenter at DevCom 2019 and PAX Dev 2019, where we shared our views on the integration of behavioral economics AI into games. We have continued to network with game developers around the world through global events such as GDC and PGConnects. Last year, Sentience was named among the finalists in the best tool category of the Pocket Gamer Mobile Games Awards.

We have four domestic patents, and two more are pending. Among our two U.S. patents, the one registered last month was under the title of “APPARATUS FOR DATA PREPROCESSING FOR CLASSIFYING THE PSYCHOLOGY OF A GAME USER AND AN OPERATION THEREOF.”

TentuPlay is mostly used by early adopters as “personalizing gaming experiences” is still a fairly new concept. Our users have mentioned that their lives are now more convenient since they don’t have to go over every single event. In addition to improving retention and revenue, it has been positively received by game players. One player of a TentuPlay-integrated game shared with me his experience, and I was extremely pleased that our product was performing as intended.

“I didn’t know that this was what TentuPlay was offering. It is not simply encouraging in-app purchases but giving me useful tips on how to play better. I didn’t buy the items immediately, but kept them in mind and eventually bought them when I visited the store. ”

Even those who feel that game personalization is ahead of the times have expressed satisfaction with TentuPlay’s analytics. TentuPlay makes it convenient for service providers to manage their users and retrieve the latest status information. Our analytics function has served not only game companies, but also startups specializing in e-commerce and subscription services.

At the moment, TentuPlay is a tool that enhances the efficiency of games and other service operations. We plan to expand it into an AI tool that can be applied to game production and service development. This will allow our users to concentrate their resources on more creative activities, such as game content development and service planning.

Sentience’s goal is to develop game tech for widespread use, roughly 90% of game developers worldwide. Our role model is Epic Games, which has supported the creation of various video games by developing the powerful Unreal Engine. We are also creating a virtuous cycle in which we develop games and related game tech, and then apply the game tech to new games. In the second half of this year, we plan to launch a roguelike turn-based strategy game featuring Arctic animals facing a climate crisis.

This brings us to the end of the interview with our CEO, Hyeyon. She has always been a guiding light for all of us at TentuPlay.  Thank you for your time, Hyeyon. Do look forward to the next post of TentuPlay People! 🤗